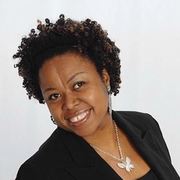 Why do you want to join Black Business Women Online?

How did you find BBWO?

Project P.U.S.H. Founder, Rhonda Nails earned her Bachelor’s in Communications from Southwestern Oklahoma State University in 1999. A University where she held the distinctive position as President of Pi Kappa Delta, a speech and debate fraternity and also earned Best Forensic Competitor awards. Some may know her as The Success Instigator but before that she was Blind, Broken and Bankrupt. To understand the woman behind Project PUSH, you must understand her “story”: At the age of 5 an accident left her BLIND in one eye…. At age 25 she was left BROKEN as a Single Mother…. At age 34 a loan scam left her to file BANKRUPTCY…. Despite these 3 B’s…she became: Owner of Signature Notaries; A Nationwide Notary Network Founder of Project PUSH Amazon Kindle Best Seller…TWICE Magazine Creator and Publisher Motivational Speaker Success Instigator and Coach Rhonda Nails earned her Bachelor’s in Communications from Southwestern Oklahoma State University in 1999. After working and becoming frustrated with the corporate climb, Mrs. Nails started and currently manages Signature Notaries, LLC, A Nationwide Notary Network in 2005. Her business has serviced over 2,200 clients and counting since its conception. Several years later in 2010, and after series of "life events" the urge to fulfill more than being "just a business owner" constantly plagued Rhonda. Enter...PROJECT PUSH! Project PUSH is more than just an organization that supports entrepreneurship. It uses Rhonda’s story of building a business through Bankruptcy to help other Entrepreneurs build their businesses even on a Bankrupt budget! Project P.U.S.H. started as a simple motivational speech....it is quickly becoming a MOVEMENT. If you have ever heard Rhonda speak, you will understand why she is known and referred to as "The SUCCESS Instigator"....someone who stirs up success in others. This is more than 1 person's motivation....Project PUSH was created to help others...P.ursue U.ntil S.uccess H.appens!

What are your most common online activities?

BBWO Members recieve our weekly newsletter with featured business news, discounts, and tips! Would you like to signup for the BBWO Money and Marketing Newsletter?