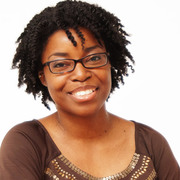 Why do you want to join Black Business Women Online?

How did you find BBWO?

Serving up a creative mix, flavored with FAITH And whatever you do, whether in word or deed, do it all in the name of the Lord Jesus, giving thanks to God the Father through him.  --- 1 Colossians 3:17 NIV Tyora Moody is an author and literary entrepreneur.  Tyora has coined her fiction books as Soul-Searching Suspense. Her debut novel, When Rain Falls, was released March 2012 (Urban Christian). This is the first book in the Victory Gospel series. The second book in the Victory Gospel Series, When Memories Fade, was released in April 2013 (Urban Christian).  The final book in the series, When Perfection Fails (Urban Christian) will be released March 2014.  Deep Fried Trouble, the first book in the Eugeena Patterson Mystery series was released June 2013 (Tymm Publishing LLC). She is currently working on the second book in the Eugeena Patterson Mysteries, Oven Baked Secrets (October 2014) and the first book in a new romantic suspense series (April 2015). She is the 2013 Urban Literary Awards Debut Author Winner and 2013 Urban Literary Awards Mystery/Thriller/Suspense Winner.  Tyora is a member of Sisters in Crime and American Christian Fiction Writers. As a literary-focused entrepreneur, she has assisted countless authors with developing an online presence via her company, TywebbinCreations.com. Popular services include online publicity, social media management, book trailers and book covers. DIYwithTy is an instructional platform that grew from her 13+ years of working with authors.  The Literary Entrepreneur's Toolkit, the first book from the DIYwithTy Book Series will be released January 2014. When Tyora isn’t working for a client or doing something literary, she enjoys spending time with family, catching a movie on the big screen, and traveling. For more information about her literary endeavors, visit her online at TyoraMoody.com.

What are your most common online activities?

BBWO Members recieve our weekly newsletter with featured business news, discounts, and tips! Would you like to signup for the BBWO Money and Marketing Newsletter?

of 3 Next
This reply was deleted.