This dynamic group really gets you involved!!!

Juniques MultiCultural Connections, (http://www.jusmcc.net)  reaching the $11.8 Trillion multicultural market, now
offers advertisement on All Nations TV Network. This dynamo online and streaming programming
network is providing some of finest gospel, business, and family friendly shows you can find
on or off the net!!! Yes, All Nations TV is being streamed into homes across the country on the
Roku Network channel. Roku Network is streaming to 5 million households and All Nations TV Network has its own channel!!

JMCC is proud to be able to help your reach a greater audience and provide ad cost savings.
check us out at http://www.jusmcc.info  call me 623-455-6364

Juniques Marketing now offers Websites on TV advertising service. This service small business to have big business presence on television viewers. This is proving to be a great market acquisition tool, profit enhancement, and for those who want to promote service, great income generator.

How Much Do Television Ads Cost?

Television Advertising Costs - A Primer How much does a TV advertising campaign cost? Many entrepreneurs assume television is incredibly expensive and don't even consider it. The reality is that it's worth learning more about television advertising costs.

Advertising on television may be more economical than you might think. Sooner or later, every entrepreneur is tempted by the allure of television advertising. Yet most will never seriously explore the possibility of promoting their product in a TV commercial because they assume it is cost-prohibitive.

But is that really true?

Is television advertising cost-prohibitive for small- to medium-sized business owners?

The answer is, well, complicated.

For less than the cost of paying for a weekly classified ad in your local paper you can advertise your website on National TV. Get 7 day full access for free http://www.doitnow.info

When pricing a television commercial, you need to weigh the costs of two separate things: (1) the cost of producing the commercial, and (2) the cost of airing it. It has been estimated that the average cost of producing a 30-second national TV commercial is nearly $350,000. But before you panic, understand that like any other form of advertising, a television commercial can be as simple or as complicated as you want to make it. Not surprisingly, the cost to produce the commercial goes up as the quality and complexity of the commercial increases. Small- to medium-sized businesses cannot afford to invest $350,000 in a single commercial. But, decent quality TV commercials can be produced for as little as $1,000 if you know where to look. The best place to start is with freelancers or small production agencies.

For less than the cost of paying for a weekly classified ad in your local paper you can advertise your website on National TV. Get 7 day full access for free http://www.doitnow.info

A word to the wise: Some local television stations may offer to produce a commercial for you at a highly discounted (or even free) rate if you agree to advertise on their station. Don't do it! The quality of these commercials is usually very poor compared to those that are professionally produced. A poorly produced commercial can have a highly detrimental effect on your television advertising campaign's effectiveness and may leave viewers with the idea that your company is cheap, cheesy, and out of touch.

The second cost involved in television advertising is the price you will pay to run your commercial. Commercial time is sold in 30-second spot blocks. The cost of a 30-second spot varies according to the number of viewers expected to be watching it.

The standard half-hour of television contains 22 minutes of program and 8 minutes of commercials - 6 minutes for national advertising and 2 minutes for local. National advertising is obviously your most expensive option, but even then the rates vary by Nielsen-rated viewership. Highly-watched programs can command rates in the millions of dollars. For example, a 30-second spot during the 2005 Superbowl sold for $2.4 million. Commercials during less-watched programs are more affordable, but the cost of those commercials may still run in excess of $100,000 per 30-seconds.

Most small- to medium-sized business owners find that local advertising fits better with their budgets and marketing goals. A 30-second time slot in a medium-sized market can be purchased for as little as $5 per 1,000 viewers, meaning that you could easily expect to pay less than $100 per commercial slot. Even cheaper rates may be available for off-hour programming. The best advice is to avoid surprises by checking out how much it will cost to air your commercial locally before you shell out the money to have it produced.

Better yet get your website on tv ad account open. try for one week and you will want to continue

Look for Websites On TV commercials on popular shows like:
Jerry Springer, two and a half men, Dog the Bounty
Hunter, Family Guy, The Simpsons, Cheaters, Inside
Sports, News, Seinfeld, Friends, I Love Lucy...

Almost 99% of North American homes have at least one television. Television advertising has consistently proven to be more effective than both newspaper and radio ads. Your product can find its specialized market. Unfortunately, such an effective tool doesn't come cheap. One 30-second television commercial during prime time evening viewing can cost up to 30 times more than one radio spot during the prime listening "drive time."

Websites On TVnow makes it affordable to use this communication medium

So many people want to be on various radio shows and others want to have maximum media exposure for their business, products or services B U T are they "media" ready? Can the media find them online? When they do find them, what impression will they have? This Teleseminar is great for anyone seeking media exposure ( radio, TV, print media etc). This foundational seminar will give the beginner the tips that enable "media" readiness!

Our TV Commercial will be aired in July and August with 15 commercial spots.

Want to join our co-op advertising & be our Sponsor and drive millions to your site? 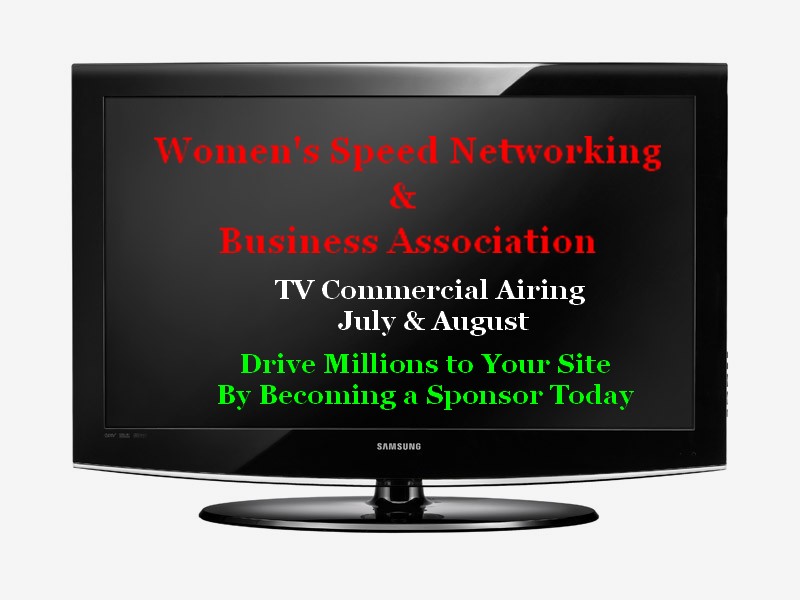 Have your Karma Prince and Princess chat with James

August 1st - August 31stOpen to anyone 18 and over.2 Prizes and 2 winners:Da Vinci's Blog Log Visa Gift Card: $25 Visa gift card that can be used at anywhere worldwide that accepts Visa.Enter to win at www.davincisbloglog.com
Read more…
All you have to do is register and vote here: http://www.gotcast.com/MayDay82Competition DetailsDo you dream about working in the fast-paced, glossy world of magazine publishing? Do you have a passion for fashion and journalism?Style Network is looking for three people to take on coveted internships at a top New York based fashion magazine this fall! The show will provide the selected interns the amazing opportunity to work closely with the fashion team, get first-hand experience researching issues that concern real women, assist in celebrity and fashion photo shoots and see what it takes to get a publication ready for print. The show is truly going to provide an experience and opportunity of a lifetime!No experience is necessary, but we are looking for three success driven people to take on coveted internships at a New York based magazine this fall! Candidates must be willing to have cameras document their lives in and out of work.INTERESTED CANDIDATES MUST BE:- 18 years of age or older- Eligible to work in the United States- Fiercely passionate about working in the fashion, beauty & lifestyle publication industryLive audition dates will be held in Los Angeles, Chicago, Nashville and Philadelphia within the next two weeks so contact us ASAP!
Read more…